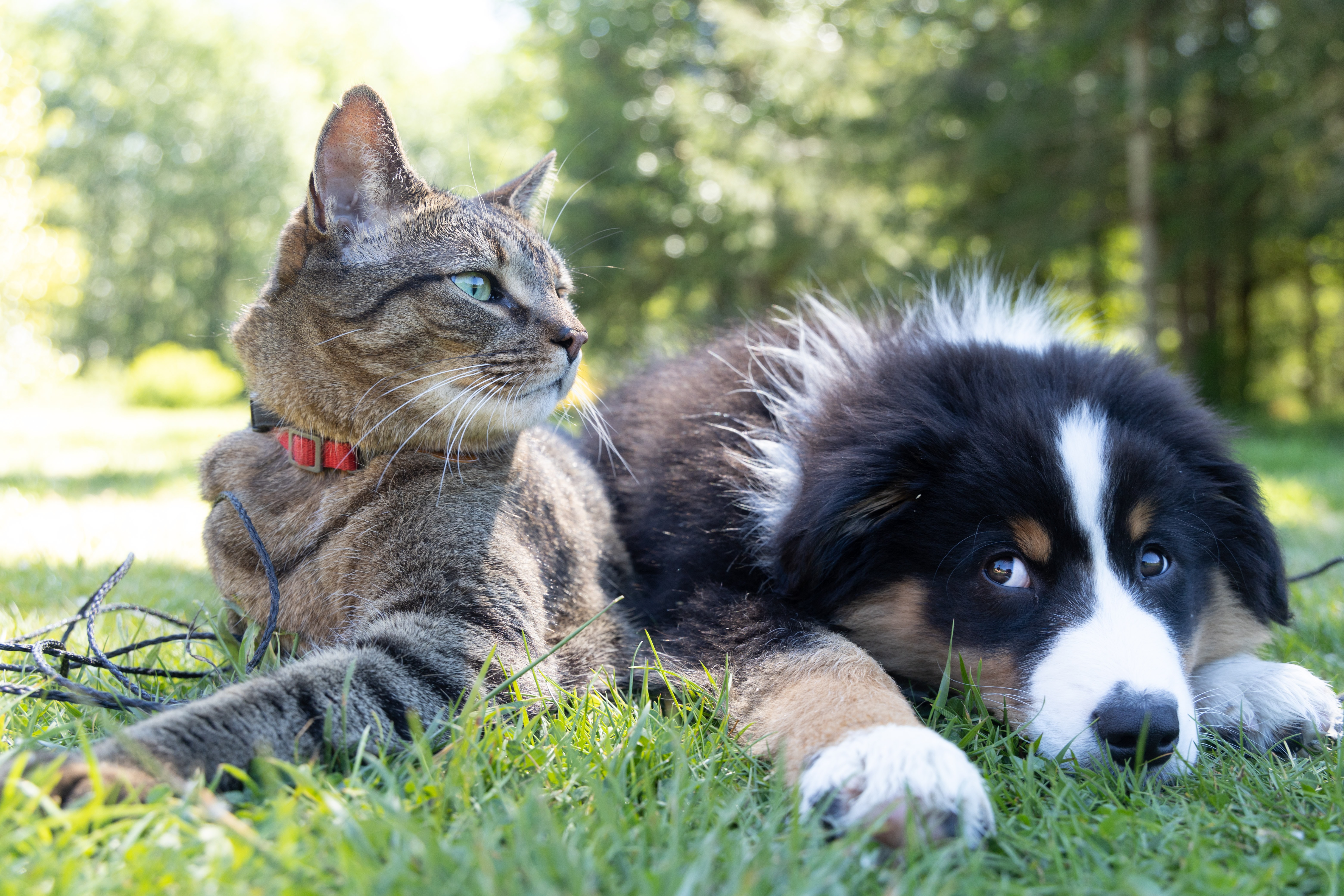 An entire pet blog about Guinness World Records held by cats and dogs. The list is diverse, from old cats to young cats, from black cats to Bengal cats. It also includes some interesting dog facts.

We compiled the top 10 Guinness World Records of cats and dogs from around the world for you!

1. The oldest cat ever was named Creme Puff. She was born in August 1967 and lived for 38 years and 5 days until she passed away in August 2005. She lived in Texas with her owner Jake Perry who was also the owner of the previous record-holder Granpa Rex Allen. Currently, the spot for the oldest cat living is still open.

2. Alexis, a cat from Austria, has earned the title of Most Tricks performed by a Cat in One Minute in June 2020. She and her owner, Anika, performed a total of 26 tricks in just 60 seconds!
‍

3. The record for longest domestic living cat goes to a Maine Coon named Barivel from Italy. The shy cat measures 120 cm in May 2018. That's pretty close to the longest domestic cat ever, Stewie, who measured 123 cm.
‍

4. Another Main Coon has broken record for longest cat tail ever. In 2018, Cygnus Regulus Powers' tail measured a total of 44.66 cm.
‍

5.Merlin, a 13-year-old cat, was able to achieve the record for loudest purr by a domestic cat in April 2015. His purr is a whopping 67.8 decibels. That's almost as loud as city traffic!
‍

6.You might assume that the record for the most-viewed animal on YouTube is held by a cat. However, the actual record-holder is a beagle named Maymo with a total of over 4 billion views on its YouTube channel.
‍

7.The oldest dog who has ever lived was the Australian cattle dog named Bluey. Bluey was born in 1910 and worked among cattle and sheep for nearly 20 years. He passed away in 1939 and lived a total of 29 years and 5 days. The oldest living dog is Funny from Japan. He is a miniature dachshund who was born in May 1999 and is currently 21 years old.
‍

8.The tallest dog ever was Great Dane Zeus who was 44 inches (1.1 m) tall. Unfortunately, he passed away in 2014 but remains the tallest dog ever. The current tallest living dog is Freddy who is 1.035 m tall.
‍

9.A golden retriever from New York is currently the record-holder of the Most Tennis balls held in the Mouth by a Dog. Finley is able to hold up to 6 tennis balls in his mouth. Very wholesome!
‍

10.Last but not least, a very specific record: the fastest 30 m on a scooter by a dog. Norman, a three-year-old French sheepdog achieved this record in less than 21 seconds.