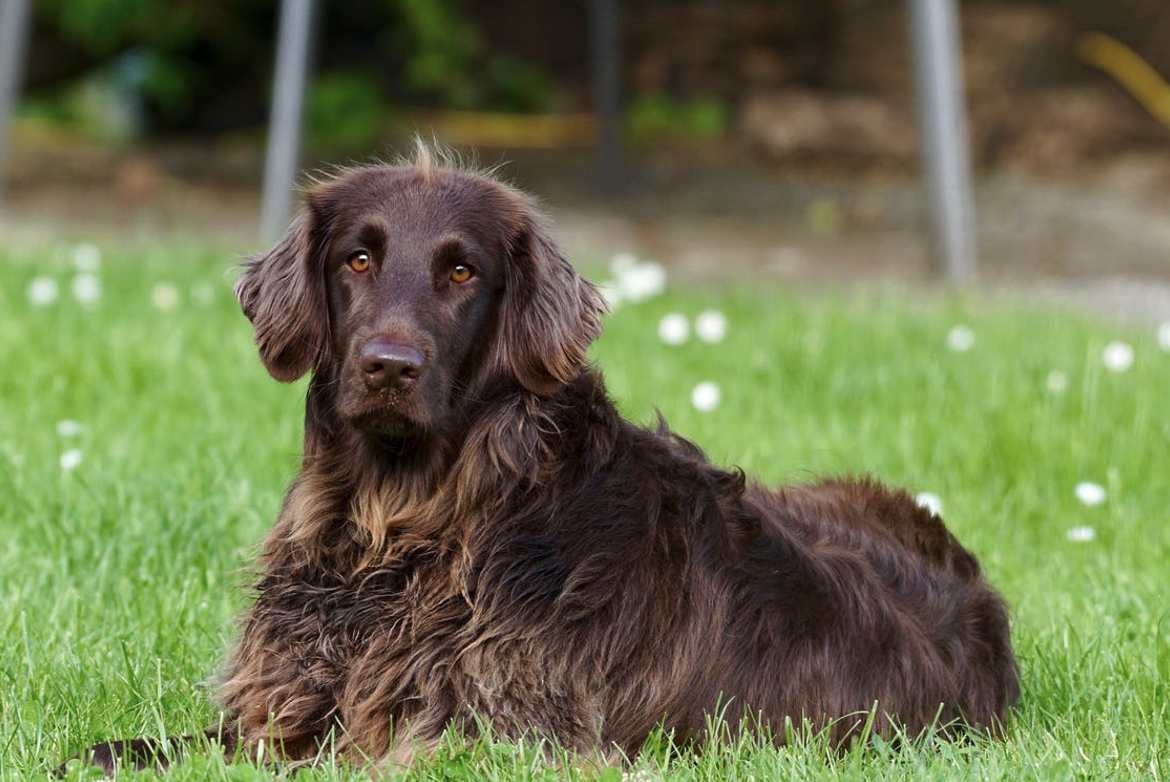 The 7 Groups Of Dog Breeds: The Sporting Group (Part II)

As we discussed in Part 1 of this series, this group of dogs was originally bred for hunting. These dogs are naturally alert, very active, and incredibly likable. The sporting group is divided into four categories: the pointers, the setters, the spaniels, and the retrievers. In this article, we will dig deeper into each of these, and mention the most popular dog breeds in each of the categories.

As we discussed in Part 1 of this series, this group of dogs was originally bred for hunting. These dogs are naturally alert, very active and incredibly likeable. The sporting group is divided into four categories: the pointers, the setters, the spaniels, and the retrievers. In this article, we will dig deeper into each of these, and mention the most popular dog breeds in each of the categories. But listen, even before you read any further, your key takeaway is that SPORTING DOGS REQUIRE REGULAR AND RIGOROUS EXERCISE. If you do not have a big backyard, or a lifestyle that involves spending a lot of time outdoors, this is not the dog breed group for you.

First things first, you might be wondering why it is called the ‘pointing’ group right? Well, pointing is when a dog suddenly freezes while tracking a scent. You might have seen the pointing position before. It’s when the dog holds up one paw in the air, points its tail upwards. In this position, the dog’s nose is directed towards the scent, and this is how hunters know the way to go.

Ok now I doubt you are doing dog breed research in order to go hunting, so here is what you really need to know about these dogs: They are enthusiastic, and very eager to please their owners. As a result, they are great at sports and fairly easy to train.They are also really intelligent, and thus enjoy exercise that also involves a bit of a challenge. If you live alone or spend a lot of time out of your home, you must choose your pointing dog really carefully as some breeds are easily attached and prone to separation anxiety.

They are mostly smart, loving and clean dogs. They are often easy going, and get along with children and other dogs. Their coats are short and glossy, and they come in a variety of colors. Pointing dogs are usually large dogs, ranging up to 40kg.They are graceful, lean and muscular.

Most popular breed: German Shorthaired Pointer. Believed to be one of the most well-rounded and versatile dog breeds.

Smallest Pointer: The Brittany. It is often mistaken for a spaniel, and hardly weighs over 18kg fully grown. They are also great with children and have and good temperament.

The oldest known Pointer: Italian Pointer (aka Bracco Italiano). Its roots date back to the 5th century. These dogs are also really really reliable and super chill.

Most Ambitious Pointer: English Pointer. Weird metric, I know. But these dogs are hard-working and excel in dog sports across all categories from agility, to obedience.

Fluffiest Pointer: Spinone Italiano. They have coarse fur because they used to have to hunt in thorny areas in the region of Piedmont where they are from. The fur would protect them.

Smartest Pointer: Weimaraner. You need to keep them entertained and challenged, lest they come up with their own challenges and entertainment.

Another strange name, right? Well, ‘setting’ is when these dogs suddenly crouch when they find their prey. It is a very distinctive position, and when they were originally bred, it would let hunters know that the prey, usually birds, is nearby. Just like pointers, they ‘point’ to the prey, but they do it by ‘setting. Unlike pointer breeds, however, setters have very long shiny coats, and in my opinion, some of their ears look like flowy ponytails. Chic as that might seem, these coats need daily brushing and can be pretty high maintenance depending on the breed.

Setters are affectionate and also great with children and other dogs. However, they are very protective of their human family and do not always get along with strangers. You should therefore socialize them at a very early age. They are also quite independent, and therefore not the easiest dogs to train.

Largest Setter: Gordon Setter. The black & tan breed that originated in Britain has large bone structure, and grows up to 38kg.

Most Freckles: English Setter. It’s like a Dalmatian, but with long fur. Their white coats usually have black or orange marks, or sometimes both.

Smallest Setter: Irish Red & White Setter. Although still a relatively large dog, this is the smaller of the Setter family, growing only to about 25kg.

Most Popular Setter: Irish Setter. With a rich mahogany coat, this graceful dog is most known for its hunting skills and for being an excellent family companion.

Ok so this name is kind of straight forward. It is derived from the Old French word espaigneul, meaning ‘Spanish Dog’. These medium sized dogs were specialized into water and land breeds, with some being experts of ‘flushing’ (scaring them out of their hiding place) animals for the hunters, and others would retrieve any birds that were shot down with arrows from the water. As a result, most Spaniel dogs are not only good swimmers, but love every minute of it.

Spaniel dogs are famous for being smart, loyal and affectionate. However, traits can vary considerably depending on the breed. Most breeds are very high energy, and what you must know, is that a lack of sufficient physical activity will actually result in behavioral problems. In other words, the temperament of your spaniel could depend on how much exercise you allow it to have!

Official Dog Of South Carolina: Boykin Spaniel. Slightly random fact, but worth noting none the less .

Biggest Spaniel: Clumber Spaniel. Well, since Spaniels are generally medium-sized, it is worth noting the biggest in the group. Malescan grow up to 40kg.

Most Heart-Warming Eyes: English CockerSpaniel. To be fair, they are also just as popular as the Cavalier King Charles. They love spending time with their families, and should be in a household where they have company most of the time.

Most ‘Chill’ Spaniel: Welsh Springer Spaniel. If you insist on getting a Spaniel despite the fact that you do not have a very active lifestyle, then get this one.

Least ‘Chill’ Spaniel: English Springer Spaniel. Not only are they busy and active, they also LOVE to have a job to do. Only get this breed if you are excited to spend time outside playing with your dog.

Unexpected Entry: Papillon. Technically, they are the smallest Spaniel, but they usually belong to the toy group, not the sporting group, because they are really small and will not grow more than 5kg. With a name derived from the word butterfly, these dogs are most known for their pointy ears.

Last but not least –the dog group that holds two of the top three dog breeds in the world. The name is quite self-explanatory, they were named retrievers because they would literally retrieve the animals that their hunter humans had caught. A lot of breeds were trained, like Spaniels, to retrieve animals from water. This is why these dogs love to swim and would be the perfect dog if you live in the country, or somewhere where there is lots of space and open water.

Known for their ability to work closely with humans, retriever breeds are often smart, sweet, affectionate and loyal. They are great companions who will take on any tasks you give them. Most breeds are playful, great with children, and easily trainable. This is why they are popular service dogs. If they get regular exercise, they are very easy to live with, even in a city apartment. However, you must note that most Retriever breeds are average shedders.

Most Popular Retriever: Labrador Retriever. In the US, they have been the most popular breed since 1991. Not just amongst Sporting dogs, but amongst ALL DOGS.

Best Cuddling Retriever: Golden Retrievers. Firstly, we must note that is the 3rd most popular dog breed of all. Secondly, they are affectionate, gentle and fluffy. This makes them the best cuddling companion.

Slowest To Grow up: Flat-CoatedRetriever. Only reach maturity at around 3-5 years old. These dogs are known as the ‘Peter Pan’ of the retriever family.

Oldest known Retriever: Curly-Coated Retriever. Black in color, this dog which has waterproof curls first appeared in the 1700s.c.

Smallest Retriever: Nova Scotia Duck Tolling. Usually grows to between 15 and 22 kg, this is the most compact of the Retriever family.

And that is all on the Sporting Group everyone! Join me again in March for a new blog post, where we will go into detail about the Hound Group. Until then, wear your mask, wash your hands and call your loved ones!