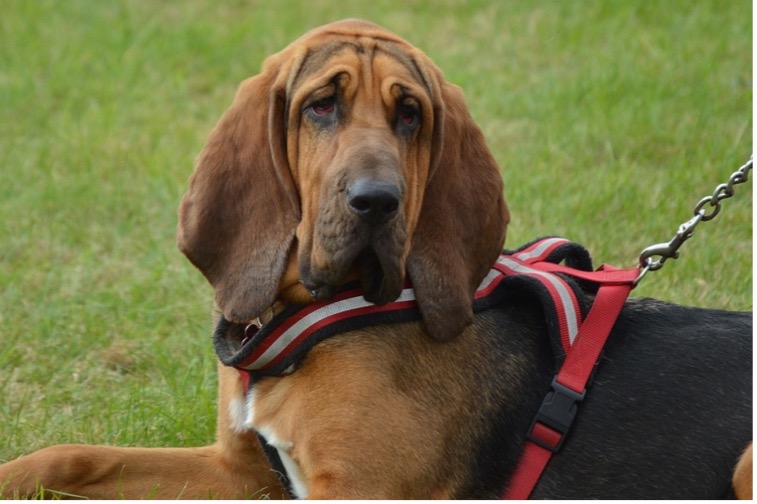 Hound dogs were bred to hunt without human companionship. They would hunt in packs, without the assistance of humans, and some breeds, such as Beagles, were bred to have the endurance to wear out their prey by chasing them over a period of hours.

As we discussed inPart 1 of this series, this group of dogs was originally bred for hunting. Yes,I know, that sounds very similar to the dogs in the Sporting Group, but there is a difference. Sporting dogs were bred to hunt closely with human companions– so they would hardly go hunting without their owners. Hound dogs, however, were bred to hunt without human companionship. They would hunt in packs, without the assistance of humans, and some breeds, such as Beagles, were bred to have the endurance to wear out their prey by chasing them over a period of hours.

Based on their hunting history, hound dogs are split into two groups, scent hounds and sighthounds. Scent hounds, as suggested by their names, rely on their powerful noses when hunting. They can trail a scent for miles and have an impressive level of endurance. This trait is carried into the home as they enjoy fun games built around finding a hidden object. However, because of their hunting instincts, they sometimes get lost in their environment, and can ignore their owners when following a scent for example. As such, hounds need to be trained well and the owner needs to have a strong recall.

Hounds are great family pets when placed in the right environment. They are sometimes very detached and aloof, but that is not necessarily a bad thing. It means they are less likely to harass strangers. They still love their owners very much, it’s just that they sometimes prefer to do it from a distance. They are very independent dogs and would rather follow their own instincts than be obedient.While this can be frustrating, it actually makes them great dogs for people who spend a lot of time away from home. As mentioned earlier, hound dogs were bred to be in packs, so one of the best ways to have a happy hound, is to have two of them.

Daily grooming is necessary with hound dogs because they enjoy rolling around in all kinds of dirt. Interestingly, hound dogs enjoy the daily brushing and this can be a form of bonding. To manage expectations – hounds are not overly affectionate, so you actively have to find ways to bond with them. Training and exercise are also a great way to bond with them.

Oldest known Scent Hound: Bloodhound, which were first referenced in the 14th century. Their name is derived from the belief that they have royal blood.

Fastest Hound: Greyhound. They can reach a speed of 70km/hr when racing.

Smallest Hound: Dachshund. Tiny as they are, these dogs were bred for hunting! They fall under the hound group category but share many characteristics with terrier dogs too.

Best Scent Hound: Basset Hound. They are famous for their formidable noses, and their hard working personality.

Most Popular Hound: Beagle. Currently ranked at number 6/197 (dachshunds are a close second, coming in at #11) dog breeds, this loyal companion is known for being lovable, clever and energetic. It has been immortalized into several different characters, such as Snoopy.